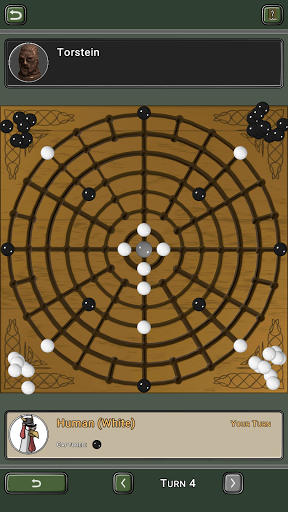 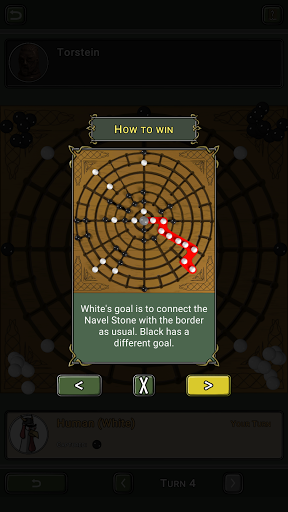 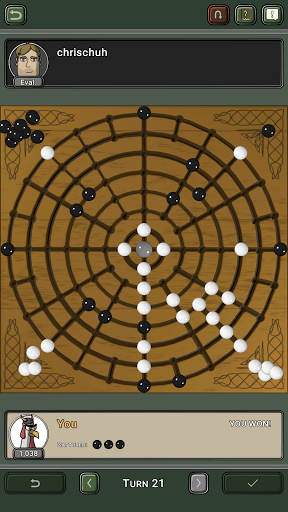 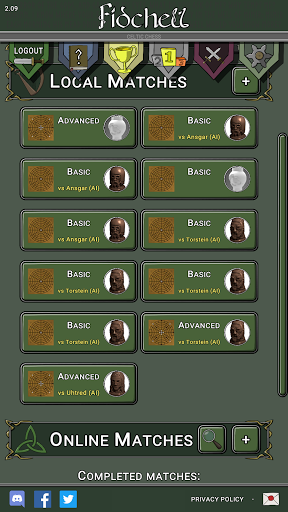 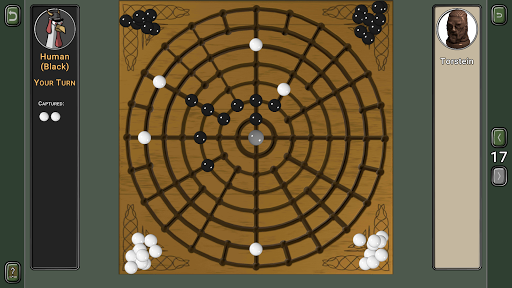 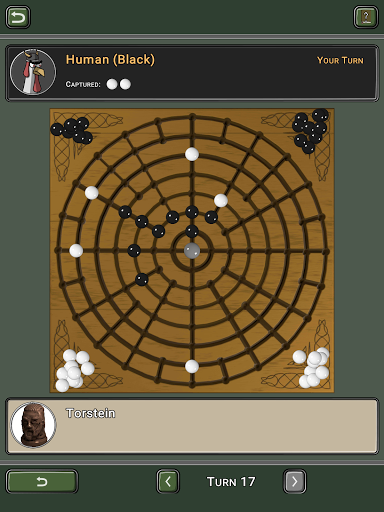 Fidchell, which is also called Faery Chess or Celtic Chess, is an ancient celtic game which was mentioned in multiple Irish epics and chronicles. Under the name of Gwyddbwyll it also appears in the Welsh Mabinogion and seems to have been held in peculiar reverence throughout the British Isles. Faery Chess is what emerged from Nigel Suckling’s investigations and speculations about the lost game.

The game is played an a board consisting of circles and lines on which the game pieces are placed and can move along. Similar to games like the ancient abstract board game Nine Men’s Morris the pieces are first placed onto the board in turn and moved afterwards once all of them have been placed. The capturing of pieces works differently though and is alike to Tafl games: a piece gets captured if a player traps it between two of his own pieces. This even grants him another move with which he may trap another one and so on.

The app features two variants of the game: the basic edition which is easier to understand and where both players are treated equally and the advanced version which has different goals for both players. The general goal is to connect the central Naval stone with the border of the board by forming a connected line of stones.

The app is ad supported. These ads can be permanently deactivated through an one-time In App Purchase (IAP).
Games can be joined via the Match Browser again.
The Match Browser won’t show the ELO values of players anymore if they are still in their evaluation phase.