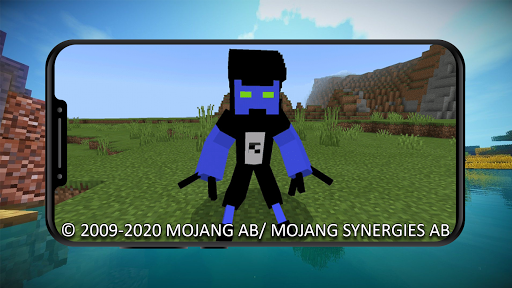 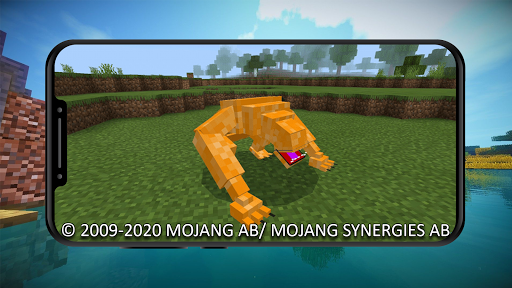 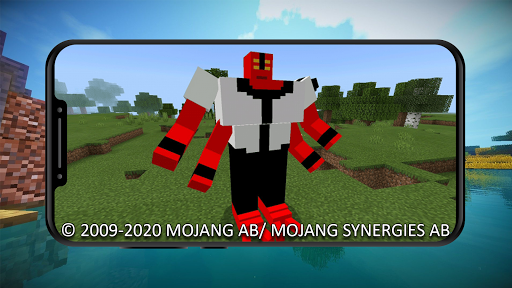 The protector of Earth! Benjamin Tennyson is the kid who has destined to have the Omnitrix among his cousin Gwen Tennyson and his grandpa Maxwell Tennyson. Now that Ben got the omnitrix, he is now able to transform into an alien to fight monsters and villains. But Ben can’t save the Minecraft world without the help of Gwen’s magic powers, and Grandpa Max’s combat and weapon skills. Ben’s enemies have also extraordinary powers like Ben and his companions have, but our hero Ben will not let them win and conquer the world. So, what are you waiting for, discover now how Ben and his companions use their powers and skills to defeat their powerful enemies in the Minecraft world.

Greymatter: Is a dwarf-size alien. This alien is very weak on attacking but has a greater intelligence and can’t be easily seen by other mobs.

Accelerate: Is an alien that has a great amount of speed, tailed-alien, and has sharp claws.

Upgrade: Is a liquid-metal alien that has the ability to merge on objects and upgrade it beyond its limits. It can also shoot lasers.

Diamondhead: Is an alien that has a diamond-made body, and has the ability to shoot diamonds, summond diamond spikes, and diamond melee attacking.

Ripjaws: Is an amphibious alien who can swim faster in water and has sharp teeth and claws used for attacking.

Stinkfly: Is an insect-like mob who flys and shoots stinky liquids to its targets. It has also sharp claws for melee attacks.

DISCLAIMER: This is an unofficial application for Minecraft Pocket Edition. This application is not affiliated in any way with Mojang AB. The Minecraft Name, the Minecraft Brand and the Minecraft Assets are all property of Mojang AB or their respectful owner. All rights reserved. In accordance with http://account.mojang.com/documents/brand_guidelines